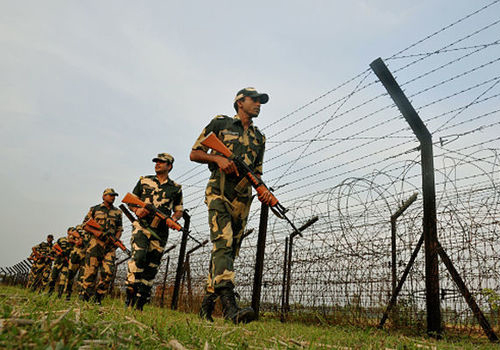 Senior RSS functionary, Indresh Kumar stated that ongoing dialogue initiative of New Delhi is part of the ‘continued treatment’ to solve Kashmir problem and bring everybody into mainstream however, politicians like Farooq Abdullah are betraying the country and should go to Pakistan.

Kumar, who has extensively worked in Kashmir in 1990’s and is founder and margdarshak of RSS backed Muslim Rashriya Manch, claimed that Hurriyat leaders have already been cornered and faced existential threa ..

“Government of India considers every Indian citizen as its child and has responsibility of taking care of them and guide them to right path. So, this is a motherly, fatherly and elderly approach asking separatists to join dialogue, but if a child is rogue what could be done?” Kumar told ET. The recent NIA raids and arrests, Kumar said exposed Hurriyat as nobody observed strike against the arrests and no protests are organized or sympathies expressed for those who have been jailed. 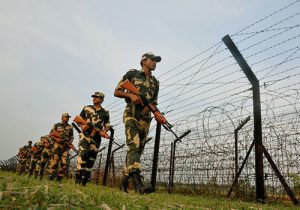 “Earlier several lakh people would attend funerals of terrorists but now not even few thousand attend the funeral and time is not far when nobody would claim their body. Earlier if a nationalist Kashmiri muslim would get killed, people would not attend his funeral, but now thousands of people mourn the killing, like we saw after the killing of BSF man in Hajin. Recently BJP Yuva Morcha member was killed and thousands mourned his killing and even attended his funeral,” said Kumar.

Last month, New Delhi appointed former spymaster Dineshwar Sharma as its point man for J&K and last week he met several delegations in Srinagar and Jammu during his six day visit to the state. Hurriyat and influential business chambers and civil society members refused to participate in the process calling it a ‘tactic and futile exercise.’ The opposition National Conference parliamentarian Abdullah expressed his hopelessness regarding the dialogue process suggesting that the Line of Control is the actual border and Kashmir under Pakistan belongs to them and Kashmir under India is part of India.

“In February 1994 parliament passed a resolution that whole J&K is integral part of India and we will ensure Pakistan leaves every inch of PoK. This is a commitment of parliament and Farooq Abdullah is its member. He is betraying the commitment. This is treason. And J&K assembly and council still has 24 and six seats reserved for PoK and why has Farooq Abdullah not removed those seats as CM. Today, he is committing treason. People of Kashmir should show wisdom and understand that this is betraying Kashmir, Kashmiriyat and Hindustan. If he doesn’t like Kashmiriyat and he doesn’t respect parliament and assembly, so he should go to Pakistan and it will be good for you to spend rest of his old age there,” said Kumar, who reiterated that British parliament has also passed a resolution stating that partition was a mistake but whole of J&K is part of India.