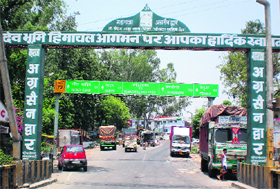 RSS leader Indresh Kumar—the interface between the Sangh and the Muslim community—was also instrumental in organisation’s outreach towards the Tibetan community. The aim and objective of the exercise crystallised around RSS’s keen observations of thorny Sino-Indian relationship and the evolving ties between the two countries.
In a new book, RSS: A View to the Inside, authors Walter K Anderson and Shridhar Damle talk about the relationship between India, China and how the RSS has been raising a “call for Tibet’s liberation to contain China’s expansionism.”

In the chapter dedicated to China, the book mentions how Indresh Kumar came in contact with Tibetans when he headed the RSS in Kashmir and worked on the outreach programme by assisting the formation of the Bharat Tibbat Sahyog Manch.

“The RSS, in line with its strategy of forming single-interest groups seeking to gain support among target ethnic groups, assisted in the formation of the Bharat Tibbat Sahyog Manch (BTSM) in 1999 to push for the political and cultural rights of Tibetans both in India and abroad,” reads the book.

Kumar’s role in the Tibet issue came before he took charge of Muslim Rashtriya Manch— an RSS supported group that seeks to “draw Indian Muslims into the country’s cultural mainstream.”

Soon after launching the BTSM, in 2004, Kumar helped formation of the Indo-Tibetan Friendship Society to acquaint Indians with what he called the colonial status of the Tibetans under Chinese rule.

The formation of this Tibet front was in line with the history of Sangh as far as Tibet is concerned. Following the October 1962 incursion of Chinese troops into India’s northeast and in the Ladakh, the Akhil Bharatiya Karyakadi Mandal issued a resolution. “It is unbecoming and illogical to talk or negotiate with her [China] so long as we do not completely liberate our lost territory”.

The resolution added that Tibet’s freedom is also a must if China’s expansionism is to be contained.

The Akhil Bharatiya Pratinidhi Sabha came out strongly in 1963 against the Colombo Conference’s offer to mediate the border differences between India and China. “We should also sever our diplomatic ties with Communist China, support Tibet’s freedom movement by recognizing and helping the émigré Government of Dalai Lama and forge a united front of all powers willing to combat Communist China’s expansionism,” says the chapter on China.

Since India’s Independence the RSS has been critical of Chinese expansionism into territories it considered important strategically and culturally to India, especially Tibet, Nepal and Bhutan.

The authors say that this “fear was deepened by the Chinese incursion into Kashmir in the late 1950s and into India’s north-east in 1962, both resulting in the loss of territory.”

The hardline proposals though were never adopted by then PM Jawaharlal Nehru.

According to the authors several RSS affiliates, “most notably the VHP (focused on the Hindu religious establishment) and the ABVP (focused on the academic world), took the lead in building support for the Tibetan cause”.

This support was beyond the geo-strategic considerations, but was also motivated by a long-held contention in the Sangh Parivar that Buddhism and Hinduism, both with their roots in India, are linked to each other.

The reflection of this view unfolded in 2014, when Dalai Lama and RSS chief Mohan Bhagwat came together in the inauguration ceremony of the World Hindu Congress, New Delhi, one of the major international activities of the VHP.