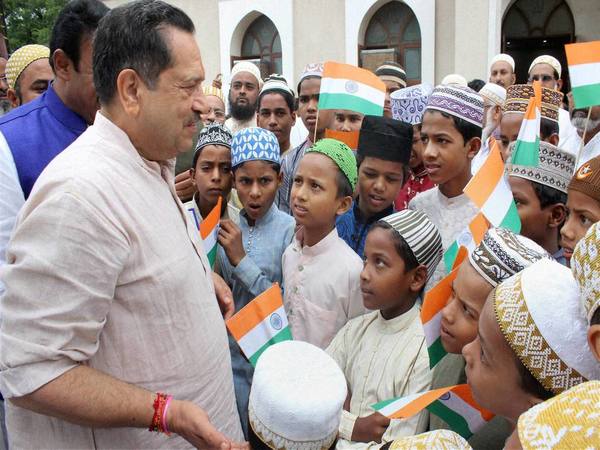 Senior RSS functionary Indresh Kumar on Tuesday asked why isn’t any Islamic nation coming forward in absorbing Rohingya refugees, and offering them their citizenship. “It is because they are anarchic, criminal and traitors. Rohingyas are inhabitants of Myanmaar, and not India. In their country, they were first involved in lawlessness, and later they sought partition. Their government threw them away,” said Kumar.

He continued, “Those who support Rohingyas fleeing persecution in Myanmar, or ask us to give them shelter are saying that we should support the traitors, and they are murderer of secularism, constitution and patriotism. Can we teach this to our kids?” said Kumar on the sidelines of the foundation day of Shakuntala Misra Rehabilitation University. The Indian government recently received flak from the United Nations for its response towards the Rohingya crisis.

The RSS leader also reiterated that Babri masjid in Ayodhya never had religious sanction, nor any namaz was offered at the site. “If Babar was an earnest Muslim, he should have known that a mosque should be made on waqf land or built on land that is rightfully bought. He would have known that it would be impure to build a mosque by destroying a religious shrine of another religion. So, the masjid built there did not have God’s sanction,” he claimed, adding “a place of worship, a mosque is named only after the God or the Prophet. If anyone calls it Babri Masjid after Babar, they are not true Muslims. They are only insulting the God by calling it so.